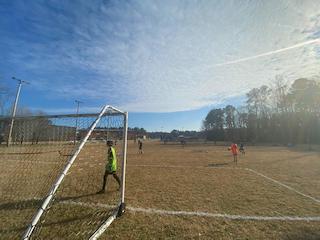 HIGH SCHOOL BOYS SOCCER –Dr. Lee and the Varsity boys kicked their season off yesterday against Georgia Cumberland Academy in Calhoun, GA. The Warriors played their best but fell short 9-1.The Warriors lone goal by Freshman Riley Anderson was the result of an assist from 8th grader Peyton Rice. “Although we fell short, I am extremely proud of the team for their efforts. Everett Rodes had an amazing game after coming in for goalie at the beginning of the second half , only conceding 3 goals and having some of the best saves I’ve seen in my career” said Coach Underwood.  The Warriors will be on the road again Monday in Canton, Ga against Kings Academy.

ELEMENTARY SOCCER- The kids had their first practices Wednesday and they all seem to be having a blast. All team will have 3 more scheduled practices until their first regular season game on 3/20.

HIGH SCHOOL BOYS BASEBALL- Opening day for Coach Smith and the Warriors will be next Tuesday as they host Lanier Christian Academy.  Game time 3pm

NOTE– Reminder: March 10th will be our Springs Sports Picture Day at 2:20pm starting with MSG Soccer then Baseball ending with VB/JVB Soccer.