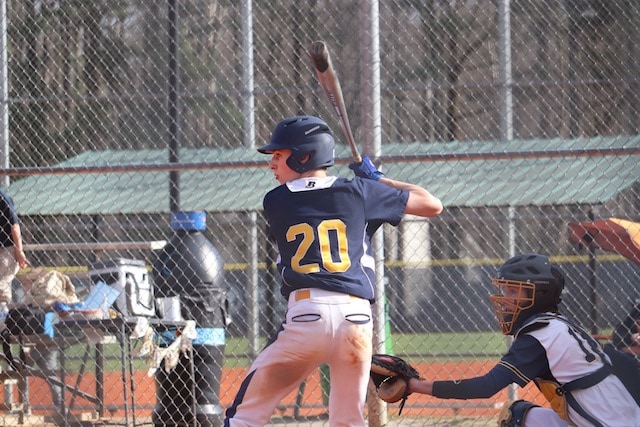 The HCA Baseball team came from behind to defeat Region opponent Victory Baptist 8-6 on Thursday night. The Warriors went down early giving up 2 runs in the first inning and giving up one run in the 3rd, 4th, and 5th innings. The Warriors fought hard offensively to stay in it, stealing home in the 3rd to get on the board, and executing well to get a run in the 5th and 6th innings. Going into the 7th inning, the Warriors were down 5-3. In the top of the 7th, HCA got on a hot streak. HCA began the inning with three walks before Evan Holcombe had a base hit to put the Warriors down by one. Aaron Monroe then hit a Double scoring two runs on the hit giving HCA the lead. HCA ended the inning by scoring two more runs to put them up by 3 going into the 7th. “I was proud of the boys in the top of the 7th. being down by 2 with not much momentum is a tough thing to come back from. They rallied together, picked each other up, and created opportunities to win” said coach Smith. Victory Baptist was able to load the bases in the bottom of the 7th, but only scored one run. Evan Holcombe struck out the last batter with the bases loaded to secure the win for HCA. Luke Sell threw 3.2 innings, striking out 6 and giving up 3 hits, while Evan Holcombe threw 3.1 innings and received the Win. “This win got us off to the right start in region play, and the ability to come back late in games shows this team won’t give up and will work together. I’m excited at the progress and their hard work” said coach Smith.

HIGH SCHOOL/JV BOYS SOCCER   – The Warriors will be on the road to face Kings Academy on Friday. NOTE  The location has changed to:

NOTE– The previously scheduled game on 4/19  vs Cherokee  has been canceled.